Nick played in his first non College golf tournament in early June.  He travelled to Pittsford which is in the state of New York to play in the The Monroe Invitational Championship.

The Monroe Invitational Championship is an annual amateur golf tournament in the United States, played since 1937 at Monroe Golf Club in Pittsford, New York, a suburb southeast of Rochester. Originally a match play event, it switched to the 72-hole stroke play format in 1998.

The tournament is a “category B” tournament in the World Amateur Golf Ranking, meaning it is one of the top 100 men’s amateur tournaments in the world.

The course at Monroe Golf Club opened in 1924 and was designed by Donald Ross.

In mid-June, the Donald Ross layout is usually in peak condition.  The fairways are shaved each morning to a height of ½” and the clippings are removed for optimum shotmaking. The rough is high and lush at this time of the year, placing a premium on driving accuracy. The greens are double-cut daily, with Stimpmeter readings typically 11-13 feet. The bunkers are large and deep with the original Donald Ross deep-grassy faces.

The par 70, 6915 yard course features eight par fours over 400 yards, small greens with approaches similar to Pinehurst number 2.  Most greens are steeply sloped on the sides and back. Recovery shots are very difficult. 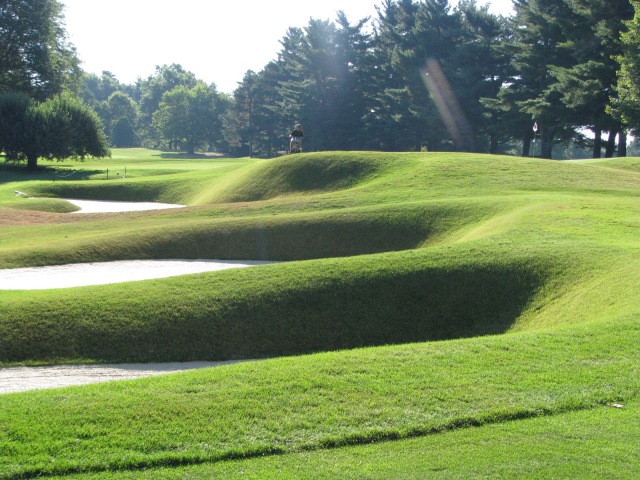 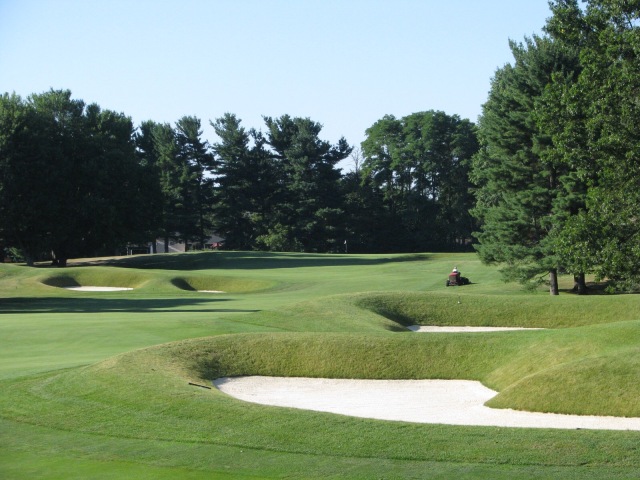 Unfortunately torrential rain played havoc with the tournament this year – the course was extremely soft and it was tough to get at the pins because everything spun off the ridge where the pin was located.

Nick finished 24th with rounds of 70, 72, 73 and 73.  In Nick’s own words ” I didn’t have my best game this week but am pleased with how composed and commited I was to my game.  I knew that I was a little off in most departments but trusted the processes and had the courage to let go of the result, let go of the expectations and let go of technical thoughts and to just play golf.”

The Monroe Golf Club hosted the 2014 LPGA Championship which fellow Kiwi Lydia Ko played in.  Just up the road is the Oak Hills Country Club which hosted the 2013 PGA Championship which Jason Dufner won.  Nick enjoyed walking these fairways and soaking up the atmosphere enjoyed by the world’s best golfers.  He also enjoyed seeing all the memorabilia and meeting the locals who he said were absolutley fantastic – his host family had two golden retreivers which he taught how to fetch.

The runner up in the 2015 US Open, Dustin Johnson, won this tournament in 2007.  We won’t mention that he three putted from 12 feet to lose the US Open Championship to Jordan Speith : )

This blog was originally set up to share our 9 month adventure around Europe and the USA with friends and family in 2014. On returning to NZ in January 2015 I decided to carry it on so I could continue to share any future travel adventures - it has become my electronic travel diary. I hope you enjoy and get inspired to visit some of the wonderful places we have visited.
View all posts by SUNGRL →
This entry was posted in New York, United States of America and tagged cyclones, iowastate, monroeinvitational, nickvoke, nickvokegolf. Bookmark the permalink.