Nick was back down under for the New South Wales (NSW) Open which was played from the 8th to the 11th of November at the Twin Creeks Golf & Country Club in Luddenham, 45 minutes west of Sydney.

The NSW Open has been played since 1931 and became a Tier 1 event on the PGA Tour of Australasia in 2016. The event was won by Jake McLeod on 20 under. Nick finished in a tie for 55th on 3 under.

The Australian Open was next up on the calendar. This tournament was played at The Lakes Golf Club in Sydney between the 15th and 18th November. This prestigious tournament has been played since 1901 and as part of the Royal & Ancient’s (R&A’s) Open Qualifying Series, the leading three placegetters in the top 10, who are not already exempt, will win direct entry into next year’s British Open Championship. The 2018 event was won by Mexico’s Abraham Ancer who finished five shots clear on 16 under. Nick finished on 3 under in a tie for 23rd.

After a whirlwind two months in Asia, I thoroughly enjoyed my three weeks off in Iowa. The weather was immaculate, Ames was pumping with things to do and I got to spend some solid time with my support team.

I flew to Sydney for the NSW Open and the Australian Open. Preparing for these events was a little different; after my success in Asia, I found that there was a little more attention on me and I couldn’t quite fly under the radar like I have before. Although the extra messages, interviews and photos are nice, they have the potential to take your mind away from what you‘re there to do – prepare and play as well as you can.

One of the issues that I faced during my preparation was my own rising expectations. After taking home a few trophies, its easy for your mind to wander and for you to get ahead of yourself. After hitting a few poor shots, I found it increasingly difficult to stay positive, to stay patient and to be optimistic – in summary, it was becoming more and more difficult to be the ‘apprentice’ out there. Even during the practice rounds I was slamming a few clubs around and cussing under my breath – things that I don’t typically do. It’s incredible to observe how my own mindset changes everything.

I really didn’t hit the ball well at the NSW Open. Although off the tee I was keeping my ball in play, it felt like I was hitting everything to 20 to 40 feet from my target. On the odd occasion where I did miss the green by a fair bit, my chipping wasn’t sharp enough and I left myself a lot of lengthy par putts. Thankfully my putting from inside 10 feet was exceptional and as a result I had a lot of rounds with a couple of birdies and a couple of bogeys. There was nothing bad about my four rounds but certainly nothing to write home about. I finished the event at 3 under par and tied for 55th.

The Monday, Tuesday and Wednesday leading into the Australian Open were some of the most productive practice days I have had at an event. Devin and I, after some review of the NSW Open, did some really good work on my ball striking and chipping. The Lakes Golf Club was going to require a lot of mid iron play into undulating greens so we focused a lot of time and effort around this aspect of my game. We even worked on a 5 iron bump and run for the ‘up and over’ chip and runs. The work we did involved some technical maintenance, some feel or ‘experimental’ type work and some result based challenges.

The Australian Open was a tremendous event. The hype and energy around the event was just like the New Zealand Open. The event organisers went above and beyond to make the event was as professional and entertaining as possible – it was such a pleasure to be apart of.

In terms of my golf, I struck the ball decent enough, chipped well and putted fine. It’s almost as if every aspect of the game was decent but nothing was special enough to shoot really low scores. I did a much better job at managing myself and my emotions but the standard of golf required around the Lakes Golf Club was higher than what I had. I had four decent rounds of golf and finished at 3 under par and tied for 23rd.

After a great run of form in Asia, it was refreshing to experience how difficult the game can be. It was pleasing to see that I continued to grind away and fight for each shot throughout the two weeks – I certainly didn’t have my ‘A’ game but most of professional golf revolves around how well you can manage yourself when you don’t have your ‘A’ game. It was a refreshing couple of weeks to keep everything in perspective.

I’m back in the USA now preparing for the final stage of qualifying for the web.com tour. Although I received status on the web.com tour with my efforts in Asia, I will be out there trying to improve my status which will result in some more guaranteed starts. Arizona is one of my favourite places to travel to and play because we are spoiled with the weather and turf conditions. I’m excited to get down there and get to work 🏌️‍♂️ ⛳️ ☀️ 😎. 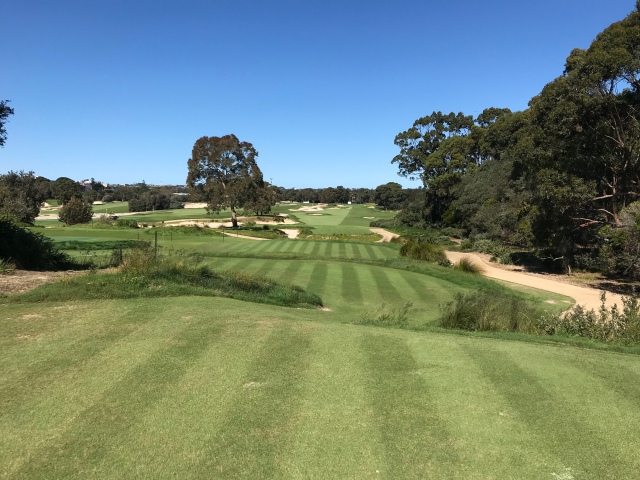 This blog was originally set up to share our 9 month adventure around Europe and the USA with friends and family in 2014. On returning to NZ in January 2015 I decided to carry it on so I could continue to share any future travel adventures - it has become my electronic travel diary. I hope you enjoy and get inspired to visit some of the wonderful places we have visited.
View all posts by SUNGRL →
This entry was posted in Australia, New South Wales and tagged nickvokegolf. Bookmark the permalink.