Nick and his fellow competitor Troy Moses from Australia were hosted by a local family for the week which they enjoyed. 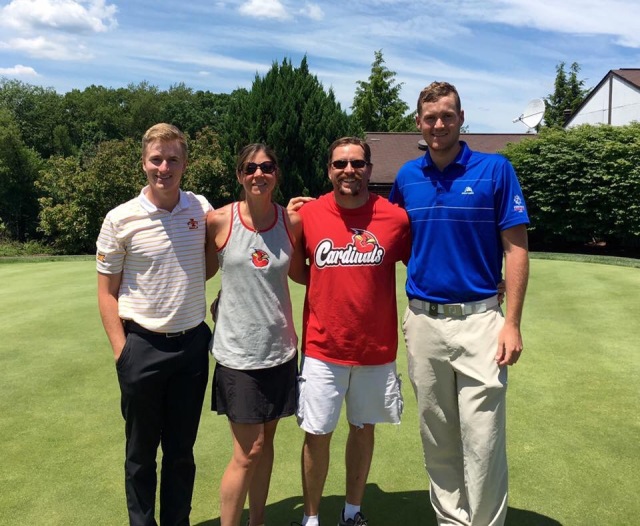 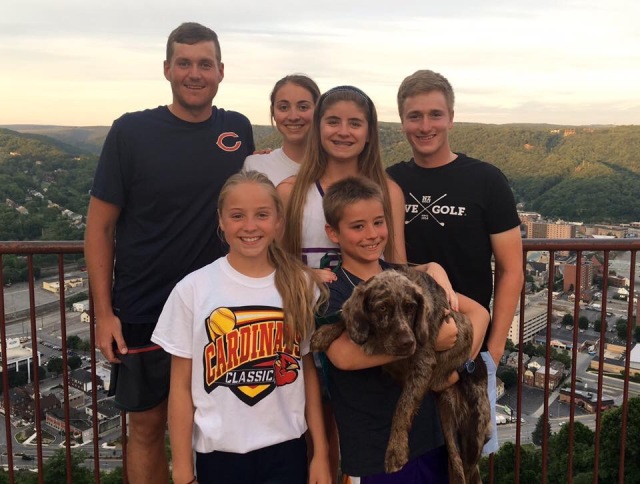 Sunnehanna Amateur Foundation, Inc. is a non-profit organization founded in 2015. The primary purpose of the Sunnehanna Amateur Foundation, Inc. is the promotion of a national and international amateur golf competition, Sunnehanna Amateur Tournament, held annually in Johnstown, PA. The tournament invites players who have participated in the Walker Cup, NCAA, USGA Amateur Events, and players who rank in the top 150 of the Golfweek/Sagarin Amateur Rankings.  Nick’s ranking on the Golfweek/Sagarin rankings on the 20th June was 141.  His current world amateur ranking is 87.

The Golfweek/Sagarin rankings takes into account the performance based on a lesser number of tours over a 52 week period.

Second, the Sunnehanna Amateur will sponsor youth educational activities, such as an instructional golf clinic for children in the Greater Johnstown area. The players who are participating in the Sunnehanna Amateur will conduct basic instructions on the golf swing. Each child will receive a hat for participating at the clinic. In addition, children who have played in junior events or on high school golf teams will play with one of the participants in the Junior-Amateur tournament.This year’s contributions will aid the Johnstown Backpack Project, an effort of nine local organizations working together to ensure that children do not go hungry over the weekend. Volunteers pack bags full of ready-to-eat meals that reach more than 350 children in the Johnstown area every weekend during the school year. 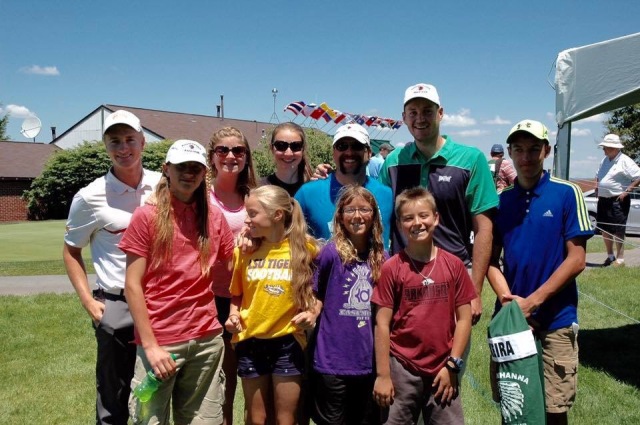 The golf course at Sunnehanna is a terrific example of an Albert W. Tillinghast design. Perched on a hilltop, the course meanders 360 degrees around the clubhouse. The greens are basically small in size, well bunkered, requiring accurate iron play. The ball needs to be placed below the pin to produce the best chance for a birdie. Fairway bunkers generally are only on one side of the fairway, which is a typical Tillinghast characteristic.

Like many of its brethren designed in the early 1920’s, the course has evolved over time. Built prior to the advent of central watering systems, Sunnehanna was designed to play bump and run shots. The course when playing as designed, plays hard and fast with shots meant to be played short of the greens. This accounts for the open entrance to the greens. The course was relatively free of trees.

In 1956, in response to the success of the Sunnehanna Amateur and the growing influence of parkland golf, Sunnehanna would also change. New trees were added throughout the course, specifically mentioned in tournament notes were 50 trees on the right of #6 and #11, to name a few.

That same year, the gully on #8 would be built, with a new green added as well. Both would be used in tandem for the first time in 1959. Six new tees would also be added, adding over 250 yards to the overall length of the course.

The very nature of the course played today was influenced by the changes made in 1956 to provide a more challenging course for the Sunnehanna Amateur.

In 1960, par would be reduced from 72 to its current par 70. The previously benign 6th hole would be lengthened from 426 yards to 453 yards and changed from a par 5 to a par 4. The 14th hole was reduced from a 297-yard par 4 to a 250-yard par 3. By 1961, the impact of the changes were apparent, as the 6th hole yielded not a single birdie that year. The 8th hole would play almost a half stroke more difficult with the addition of the new tee and green.

The front nine is by far the more difficult of the nines. The second hole, a demanding uphill dogleg right measuring 409 yards,commands a solid drive, but a more demanding uphill second shot to an elevated green. Any ball above the hole demands a deft putting touch. It regularly ranks as the second most difficult hole during the tournament.

Number six is the #1 handicap hole on the course, a dogleg right measuring 435 yards. The yardage is deceiving with an uphill tee shot, which typically will be played into the prevailing wind creating a hole which can play considerably longer. This hole usually is the hardest hole during the Amateur and has been designated by the USGA Golf Journal as one of America’s great holes.

Sunnehanna is truly a great golf course that has withstood the test of time. The club has recently begun the reconstruction of the fairway and greenside bunkers to return them to their originally intended design. Greens, which had also shrunk, have been brought back to their original size. These subtle changes have resulted in a more aesthetically interesting and demanding course. It is a layout that members and the best players in amateur golf recognize as a terrific test of golf, which is fair and challenging at the same time.

With these relatively minor changes performed on the course, the scoring average for the Amateur field has changed very little in the 47-year history of the Sunnehanna Amateur.

The average score over all the years has been 74.09 for 18 holes. A round of golf played on the beautiful course can rarely be described as a “good walk spoiled”.

This blog was originally set up to share our 9 month adventure around Europe and the USA with friends and family in 2014. On returning to NZ in January 2015 I decided to carry it on so I could continue to share any future travel adventures - it has become my electronic travel diary. I hope you enjoy and get inspired to visit some of the wonderful places we have visited.
View all posts by SUNGRL →
This entry was posted in Pennsylvania, United States of America and tagged nickvokegolf. Bookmark the permalink.