The Northeast Amateur tournament began in 1962 and was played as a 54 hole event until 1968. The Tournament is an invitational event conducted as stroke play over 72 holes and is limited to 90 players. Contestants are selected on the basis of their competitive record and accomplishments in major tournaments. The play is over four days with an 18 hole round each day.

This was the third week of tournament play for Nick and he said his body is holding up well.  He has learnt that when you are travelling, allowing your body to rest is just as important as practising.  He felt that he hit his driver better this week but is still looking for improvement.  He is very pleased with his 2 iron play and is achieving good distance and accuracy off the tee with this club.

Nick and his host family.

Nick and his Pro- Am group.

The Wannamoisett Country Club is a private golf course located in Rumford, Rhode Island. The course was designed by Donald Ross in 1914 and played host to the 1931 PGA Championship (which was won by Tom Creavy) and hosts the prestigious Northeast Amateur every year. This par 69 course plays 6,688 yards long from the blue tees and 6,399 yards long from the white tees. The fairways are lined with very thick rough and the large, undulating greens are difficult to read. It is currently ranked as the number one course in Rhode Island by Golf Digest.

Wannamoisett Members are justifiably proud of their Donald Ross designed championship golf course. Impeccably conditioned, with 18 subtle, undulating greens and carefully placed bunkers, Wannamoisett is widely considered to be among Ross’ finest layouts. Golfers of all ages and abilities find the course challenging and enjoyable. Situated on approximately 100 acres, Wannamoisett is easy to walk and is prided on its caddie program.

The members of Wannamoisett have recently invested $3 million in the golf course to preserve Ross’ legacy for future generations. The results are improved playability for golfers of all skill sets, including the installation of a state-of-the-art computerized irrigation system, the rehabilitation of 99 bunkers, and the addition of new forward and back tees.

Membership at Wannamoisett is limited to ensure an open play philosophy. Members play when they want and tee times are not necessary.

Donald Ross described the ideal golf courses as, “one that presents a test of golf for the everyday golfer and the first class player. A properly designed course can take care of every class of golfer. My aim is to bring out of the player the best golf that is in him. It will be difficult to negotiate some holes, but that is what golf is for. It is a mental test and an eye test. The hazards and bunkers are placed so as to force a man to use judgment and to exercise mental control in making the correct shot.” 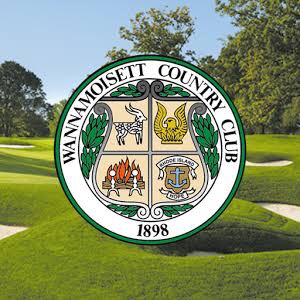 This blog was originally set up to share our 9 month adventure around Europe and the USA with friends and family in 2014. On returning to NZ in January 2015 I decided to carry it on so I could continue to share any future travel adventures - it has become my electronic travel diary. I hope you enjoy and get inspired to visit some of the wonderful places we have visited.
View all posts by SUNGRL →
This entry was posted in Rhode Island, United States of America and tagged nickvokegolf. Bookmark the permalink.