The Iowa State Cyclones played in the Arizona State University (ASU) Thunderbird Invitational in Arizona on the 18th and 19th March.  The team finished sixth out of sixteen teams with Nick finishing tied for 12th with rounds of 68, 69 and 72.  Nick has carded a sub-70 round in eight of his last 11 rounds.

I still have plenty to work on – my putting within 5 feet was rock solid but from 10 feet plus it is still not as sharp as I would like it to be.  I hit a lot of quality mid iron shots with a high draw which I couldn’t really hit before.  In summary I feel like I played well enough to compete but couldn’t quite get things going due to my 80 to 140 yard range shots being a bit off. 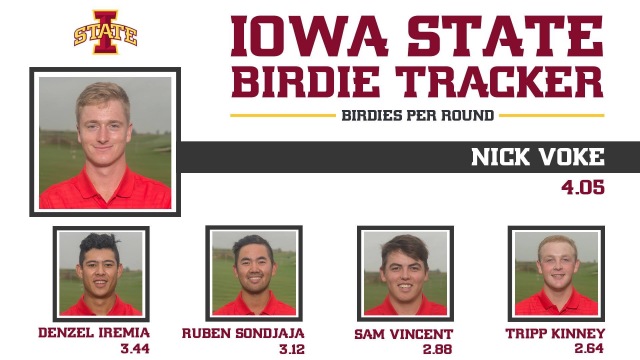 The Thunderbirds were founded in 1937 with the mission of promoting the Valley of the Sun through sports. Consisting of 55 “active” members and more than 250 “life” members, The Thunderbirds host the Waste Management Phoenix Open; the best attended golf tournament in the world, which to date has raised more than USD100 million for Valley charities, including The First Tee of Phoenix. With its unmatched fan participation and rich history dating back more than 80 years, the Waste Management Phoenix Open has gained legendary status for being a unique stop on the PGA TOUR.

This blog was originally set up to share our 9 month adventure around Europe and the USA with friends and family in 2014. On returning to NZ in January 2015 I decided to carry it on so I could continue to share any future travel adventures - it has become my electronic travel diary. I hope you enjoy and get inspired to visit some of the wonderful places we have visited.
View all posts by SUNGRL →
This entry was posted in Arizona, United States of America and tagged iowastatecyclones, nickvokegolf. Bookmark the permalink.