The. 2018 Oates Vic Open was played between the 1st and 4th February at 13th Beach Golf Links on the Bellarine Peninsula in Victoria.

The Oates Vic Open is the premier event on the Golf Victoria calendar for both amateurs and professionals. In a format unique to world professional golf, the Oates Vic Open titles (men and women) are simultaneously staged over 72 holes stroke play at the 13th Beach Golf Links with respective starting fields of 144 players.

Both titles attract emerging young men and women professional and amateur golfers from all over Australia and overseas.

The Men’s Open has been the pinnacle event in Victorian men’s golf since being first played at Riversdale in 1957 with the inaugural title won by Australian golfing legend, Ossie Pickworth.

The Women’s Championship was first played in 1988 but experienced a 20-year hiatus after the 1992 event. In order to provide an equivalent elite event for Victorian women’s golf; stimulate participation/promotion of the game to the entire Victorian community and highlight Golf Victoria’s role as the peak body for men’s and women’s golf in the State, the Women’s Open title was reintroduced in 2012.

The Championship was simultaneously staged with the Men’s Open at the Spring Valley and Woodlands Golf Clubs over 54-holes in January 2012 and was a resounding success.

In 2013, the Championship moved to 13th Beach Golf Links and successfully grew further both in terms of media interest and prizemoney. Both titles were simultaneously conducted on the 36-hole facility and attracted high quality fields and large spectator numbers.

Nick finished in a tie for 13th with a score of eight under par. The winner was Australian Simon Hawkes who beat Harrison Endycott in a play off to earn him the biggest pay cheque of his four year career to date. They both finished on 14 under par.

For more information on the tournament go to http://www.vicopengolf.com

I got off to a flying start with an opening round of 7 under par shooting 65. I played the Creek Course first (the easier of the two) and it was one of those days where things really went my way. I was hitting shots close (and missing them in good spots), getting fortunate bounces and having the putts roll in (pushing/pulling putts that broke more and still found the hole). I was 5 under par through the first 7 holes and I never looked back! It was a lot of fun to take it really low like that. I haven’t had a competitive round that low in a while and I couldn’t have done it at a better time.

Rounds two and three were much more challenging. I played the Beach Course for my last 54 holes and I encountered some firm fast greens, tucked pins and strong winds. The conditions meant that I couldnt fire at many pins (as they were so tough to access) and therefore a good shot could have been 20 feet away. As a result of the conditions and some sloppy execution on my part, I mixed 6 bogeys with 4 birdies throughout rounds two and three to move back to 5 under par with one round to go. The highlight of the tournament came at the end of round three. After chipping my ball into the bunker on the 18th which is a reachable par 5, I proceeded to hole my bunker shot and was rewarded the shot of the day. The bunker shot was tweeted across the Ladies European Tour and PGA of Australasia twitter pages and I enjoyed watching it (a few too many times). 😂😂

Round four was the time to fire; the wind was down and the course was getable. Unfortunately, after hooking my opening tee shot into a fairway bunker and hitting the next shot well left of the green, I started my round with a double bogey on the opening hole. Not the start I was hoping for. As I walked to the second tee, Devin and I talked about how we have overcome adversity like this in the past and that it was still going to be a great day on the links. The mindset shifted from “lets try and hit something like this” to “lets do this”. There was more clarity and urgency in the process, I couldn’t slip up anymore. The next 17 holes were very solid – I combined solid shot making with well thought out course management to card a 3 under par 69 on the final day. I was very pleased to claw the round back into the 60’s.

I finished on 8 under par and tied for 13th, a decent showing with plenty of positives to take away with me. I have contended well at my first two events as a professional golfer and I have every intention to continue doing that. I head to Brisbane on Monday the 12th February for the Queensland PGA, a tier 2 event. It will be a great time to get back in contention and work towards that first win as a professional. From there I fly straight to the NZ PGA in Wellington and then onto the NZ Open in Queenstown. Plenty of good golf to come. 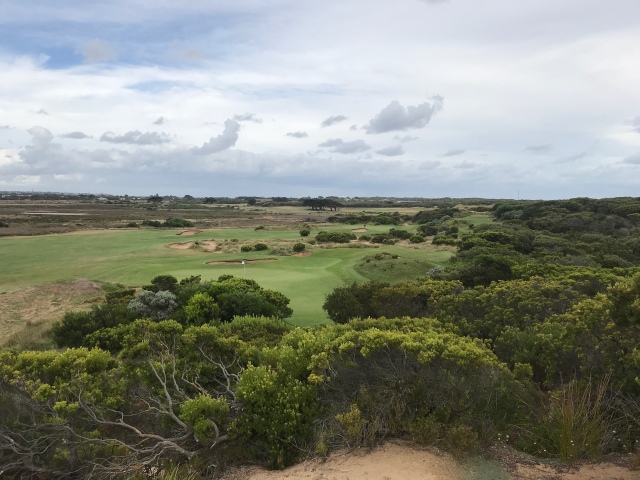 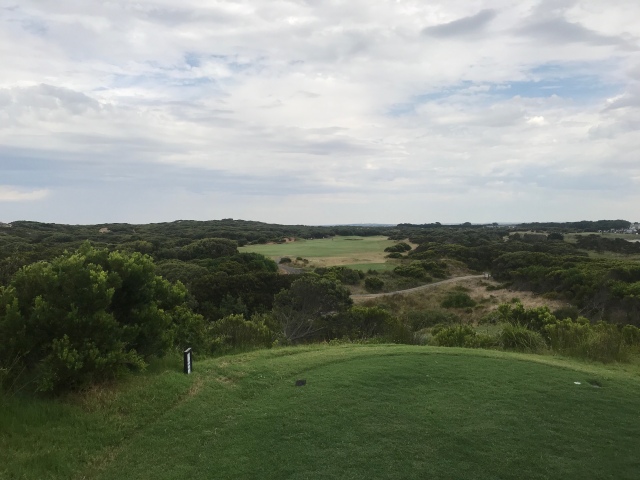 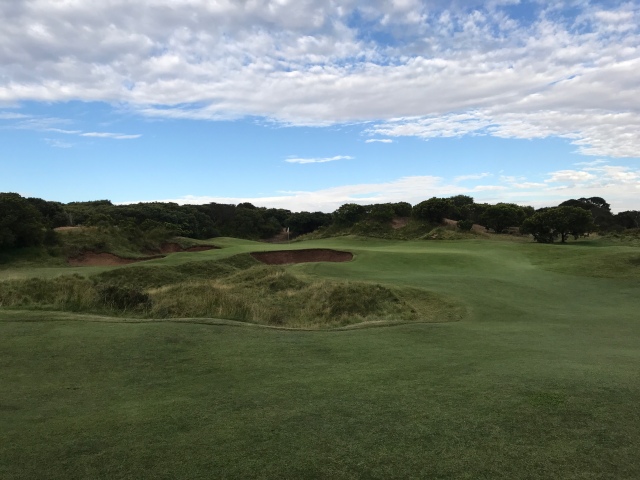 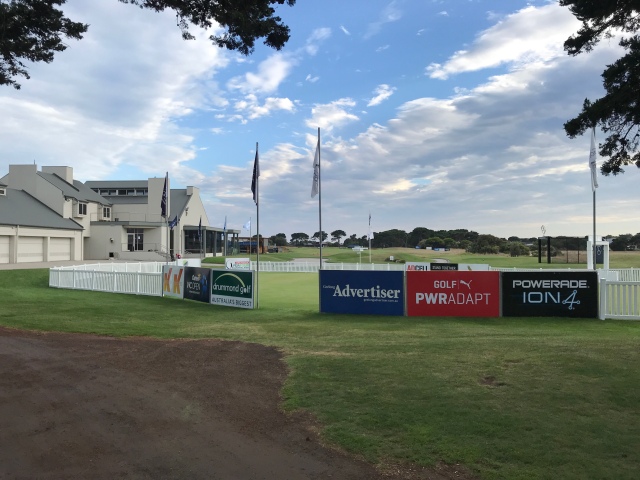 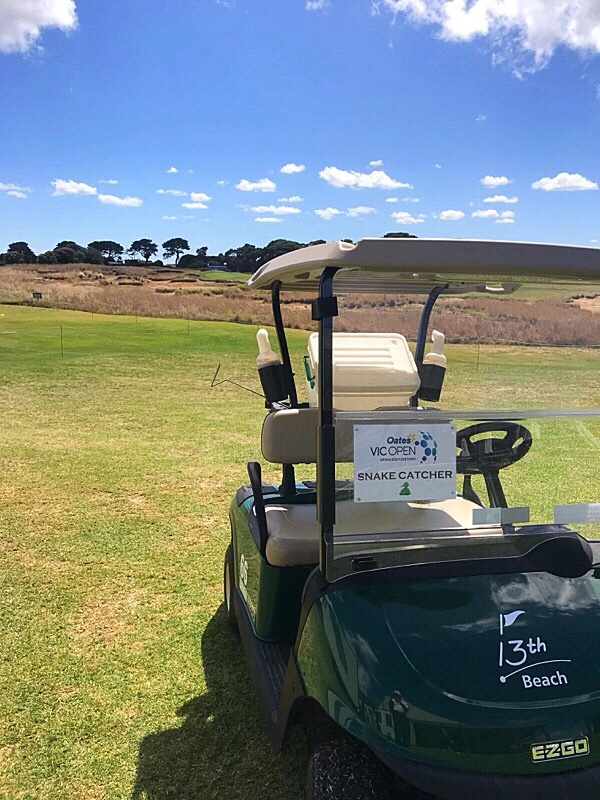 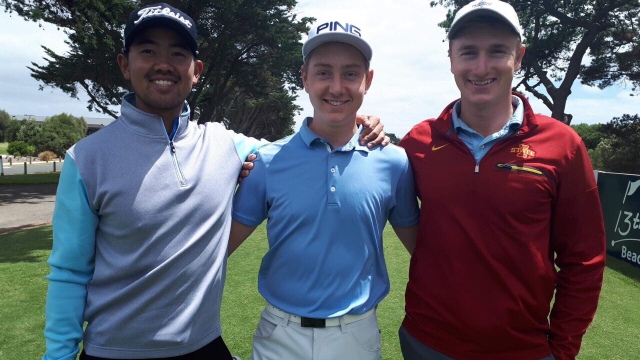 There were four Cyclones (Iowa State University) past or future graduates in the field at the Vic Open – Ruben Sondjaja, Jackson Kalz (starting at Iowa in August 2018) and Nick. Prima Thammaraks was in the women’s field.

In the early 1920’s the Australian Jam Company purchased 405 acres at 13th Beach and established an asparagus farm. The original diesel pump which provided water for irrigation is still beside the 5th tee of The Beach Course. Asparagus farming ceased in the early 1970’s when the property was acquired for beef cattle production. The size of the property was substantially increased to over 830 acres.

In 1999, a joint venture was established to create a premium golf and residential precinct on 520 acres. The master plan allowed for 27 holes of golf, clubhouse facility, 150 residential allotments and 150 condominiums.

The Beach Course (designed by Tony Cashmore), the first 18 hole course measuring 6,420 metres, is set along the property’s 2.1km of surf beach frontage. The course was opened for play on 30 November 2001. The course has already been ranked among Australia’s best 20 golf courses by two national golf magazines. The Creek Course (designed by Sir Nick Faldo and Tony Cashmore), spanning 6,401 metres has 18 holes and was opened on 1 January 2004 to wide acclaim. 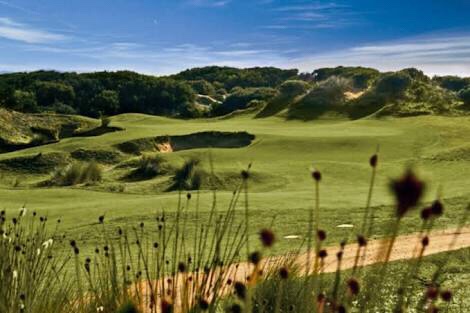 This blog was originally set up to share our 9 month adventure around Europe and the USA with friends and family in 2014. On returning to NZ in January 2015 I decided to carry it on so I could continue to share any future travel adventures - it has become my electronic travel diary. I hope you enjoy and get inspired to visit some of the wonderful places we have visited.
View all posts by SUNGRL →
This entry was posted in Australia, Uncategorized, Victoria and tagged nickvokegolf, oatesvicopen. Bookmark the permalink.