Nick played in the Genesis Championship between the 24th and 27th May. The tournament was played at the Jack Nicklaus Golf Club in Incheon, Korea and was hosted by the Korean PGA.

Nick finished in a tie for 39th on 9 over with scores of 72, 75, 72 and 78. The winner finished on 7 under par. There were only seven players out of the sixty three that made the cut who finished under par for the week.

The Genesis Championship was a great experience for a number of reasons. I didn’t have my A game – in fact I was really battling with the ball striking (pull, push, thin, fat) but my short game and course management was so sharp the whole week that it kept me within range of the top ten. I was one over par through 61 holes but played the last eleven holes in eight over. The wheels really fell off at the end and it wasn’t the greatest feeling. I ended up finishing tied 39th. There are some key things to be learned from the good and from the bad.

My mid range putting was awesome – I was reading the greens well, my stroke was flowing and I was hitting the ball with great speed.

My short game and scrambling were really sharp – I was scrambling it at 67% and feeling like I got a lot of them up and down (I missed a lot of greens and therefore had a lot of opportunities).

My wedge game was on point this week – in fact it was probably the best wedge performance that I have had in a very long time. The pins were hard to access with firm greens, severe slopes and tucked pins but my distance control from 60 to 140 yards out was sensational.

I believe that my course management kept me in the game. The greens were so tricky, firm and fast and the course played long (plenty of mid-irons) that a great shot was actually ending up 20 to 30 feet away from the flag at times. Devin and I would fist pump when we hit a 7 iron pin high and to 20 feet because it was the right shot shape ending up on the right tier with plenty of danger around the flag. Putting it simply – it was very easy to make a bogey out of nowhere and I only made 8 for the week – I just had a few too many double bogey’s from bad execution – mostly off the tee.

Devin and I also did a great job taking care of our bodies. We hit the gym, did recovery sessions and made sure that jet lag wasn’t a factor.

My ball striking off the tee and outside 160 yards wasn’t quite up to standard. I was fighting a straight pull for the first bit of the week with the full swing. To try and counter this, I did some work on the range aiming left and trying to swingout to the right and nuetralize the path. This seemed to work for a bit with the feels but then I started missing it both ways. I did some work after each round to try and get some feels for the following day – feels were having a stable right leg to turn into, creating some width from the top and having more of a rightward path. I hit some decent shots out there but the numbers say it all – averaging 9 greens in regulation and wasting 2.3 shots off the tee.

View from the hotel 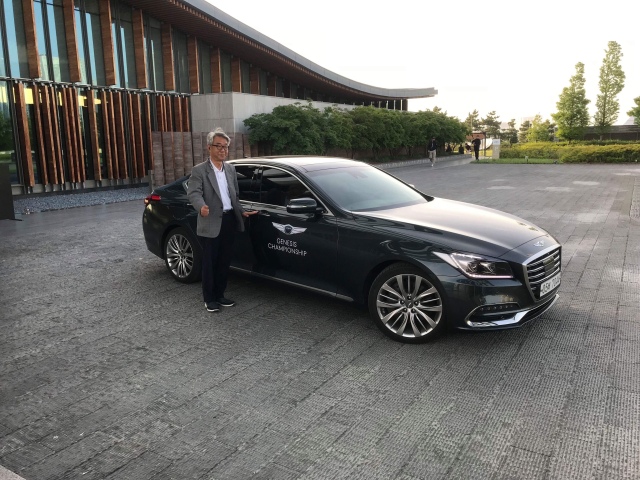 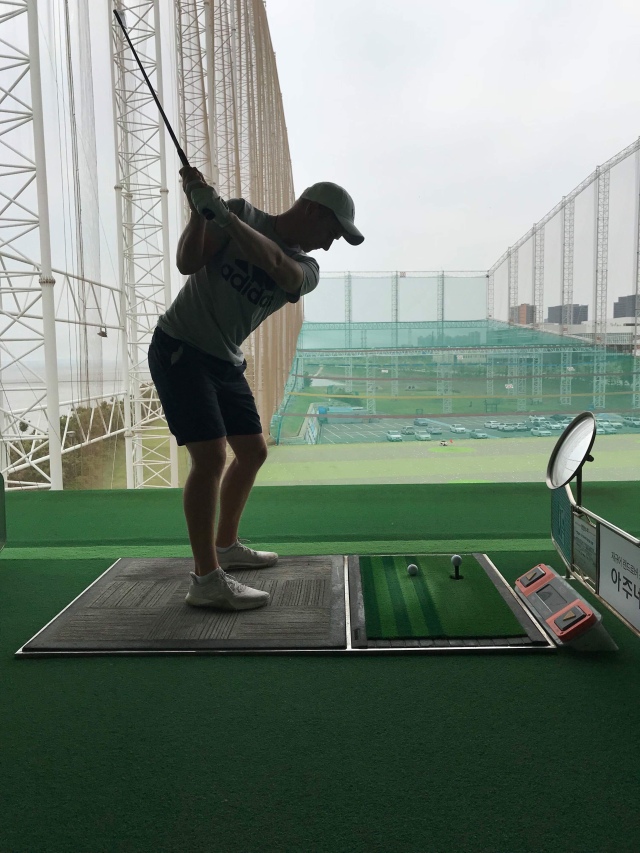 Driving range up the road from the course

The following photos are some action shots on the course: 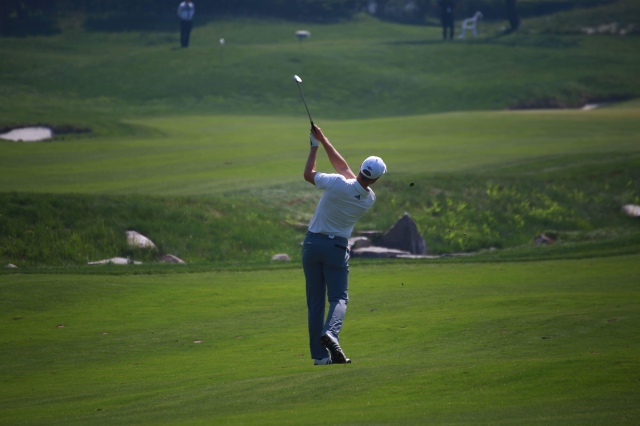 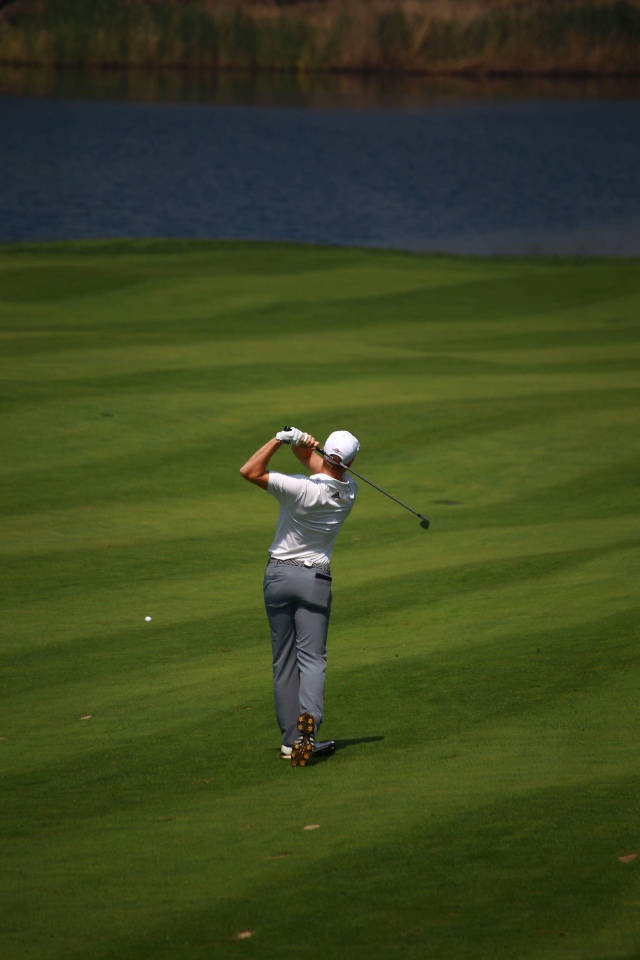 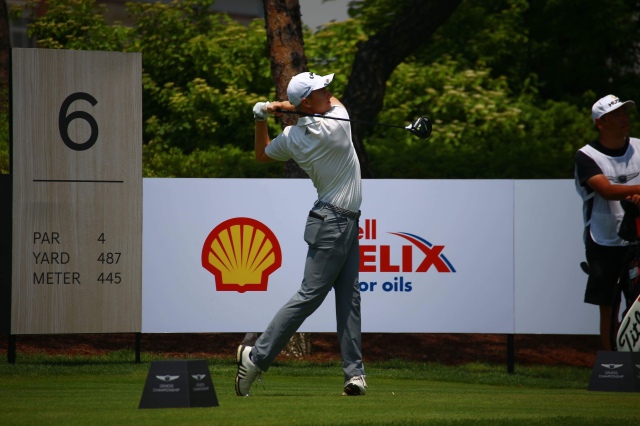 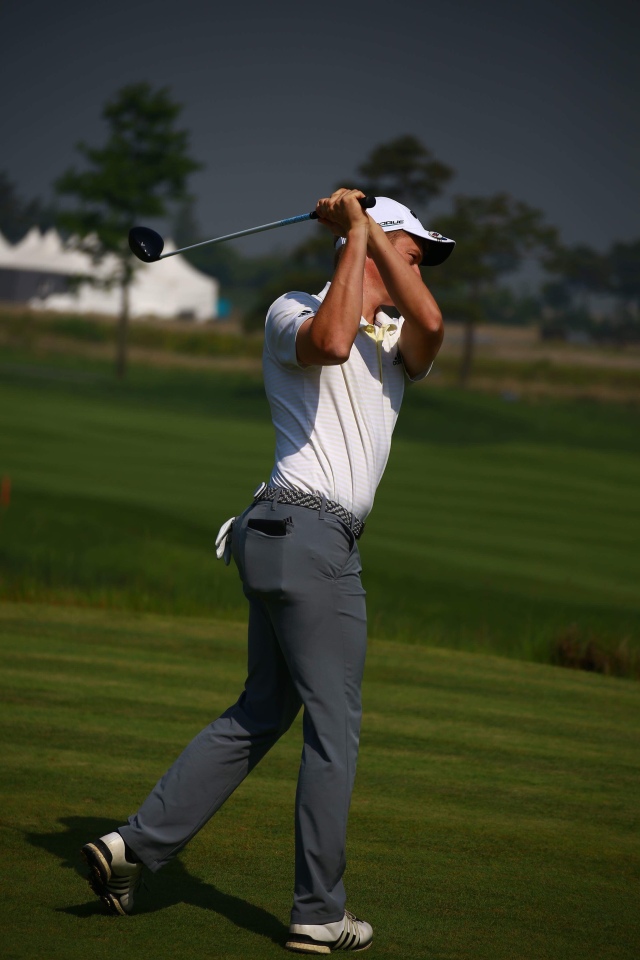 This blog was originally set up to share our 9 month adventure around Europe and the USA with friends and family in 2014. On returning to NZ in January 2015 I decided to carry it on so I could continue to share any future travel adventures - it has become my electronic travel diary. I hope you enjoy and get inspired to visit some of the wonderful places we have visited.
View all posts by SUNGRL →
This entry was posted in Korea and tagged kpga, nickvokegolf. Bookmark the permalink.