Nick got a sponsors exemption to play in the Shinhan Donghae Open in Incheon, South Korea between the 13th and 16th of September. This tournament has been played annually in South Korea since 1981 and in 2018 was a co sanctioned event between the Asian PGA Tour and the Korean PGA Tour.

Nick had another strong week finishing third on 15 under after four rounds in the 60’s – 68, 68, 68 and 65. The winner was Sanghyun Park from South Korea who finished on 22 under – it really was Sanghyun’s week – he only had two bogeys all week.

After three great weeks up in Asia, Nick spoke to Phil Tataurangi, a fellow NZ professional golfer on Radio Sport and was also interviewed by Newshub – click on the links to listen and read the articles below.

Scroll forward to the 29th minute for the interview 😊 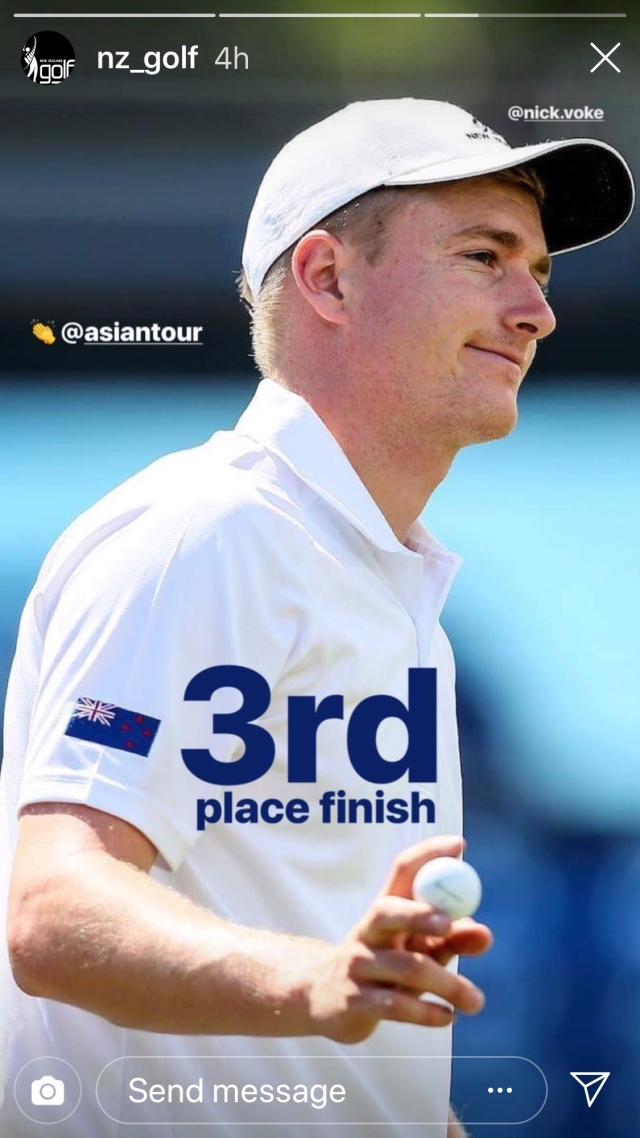 This blog was originally set up to share our 9 month adventure around Europe and the USA with friends and family in 2014. On returning to NZ in January 2015 I decided to carry it on so I could continue to share any future travel adventures - it has become my electronic travel diary. I hope you enjoy and get inspired to visit some of the wonderful places we have visited.
View all posts by SUNGRL →
This entry was posted in Korea and tagged nickvoke, nickvokegolf. Bookmark the permalink.