He had rounds of 71, 70, 69 and 66 to be 12 under and tied with Stephen Lewton of England. They both parred the first playoff hole which was the Par 3 18th. They then played the eighteenth hole again with Nick sinking a 17 foot putt for birdie and securing his first win.

After a great two weeks in China he is currently sitting 13th on the Order of Merit. At the end of the season the top five on the PGA Tour China Order of Merit get playing status on the web.com tour in the USA. The top ten are exempt into the final stage of the Tour Qualifying tournament from the 6th to the 9th of December. Those ranked between eleven and twenty five get an exemption into the second stage of the web.com tour qualifying tournament.

Given the above there is a lot to play for in the final three tournaments of the year: 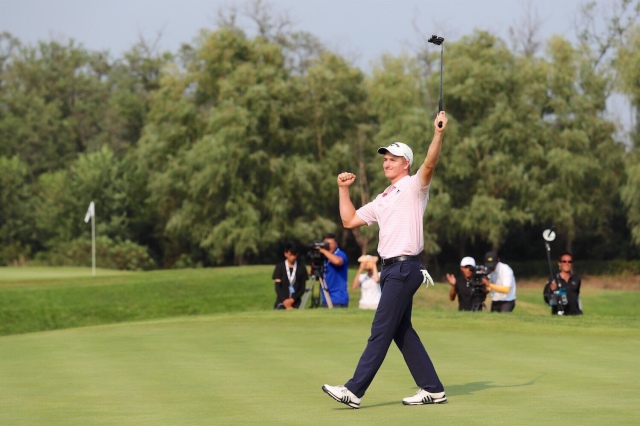 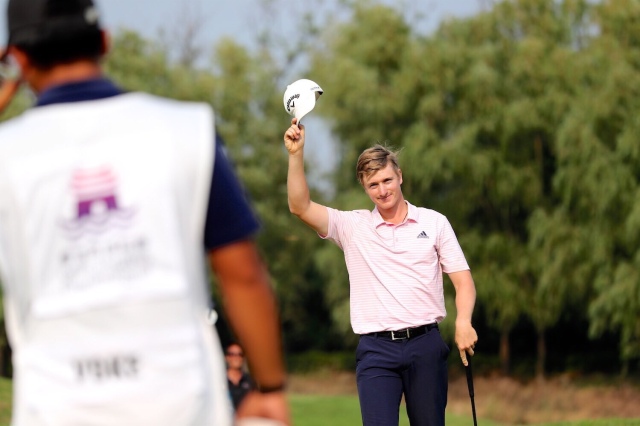 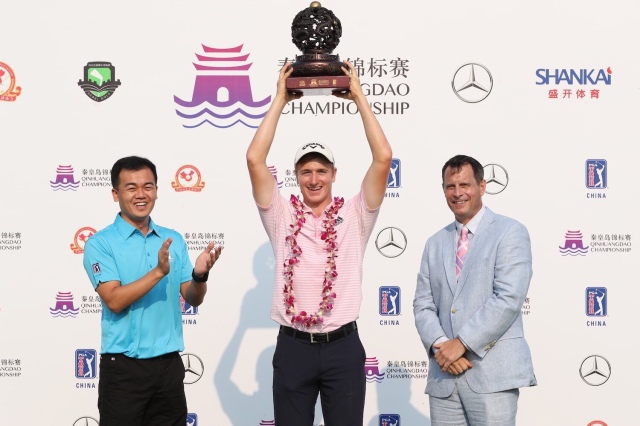 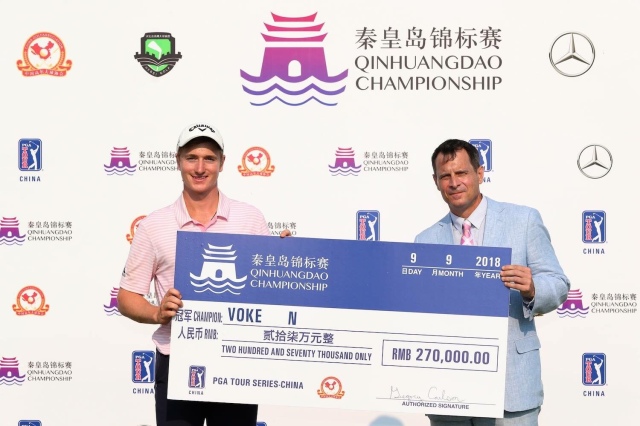 This blog was originally set up to share our 9 month adventure around Europe and the USA with friends and family in 2014. On returning to NZ in January 2015 I decided to carry it on so I could continue to share any future travel adventures - it has become my electronic travel diary. I hope you enjoy and get inspired to visit some of the wonderful places we have visited.
View all posts by SUNGRL →
This entry was posted in China and tagged nickvoke, nickvokegolf. Bookmark the permalink.